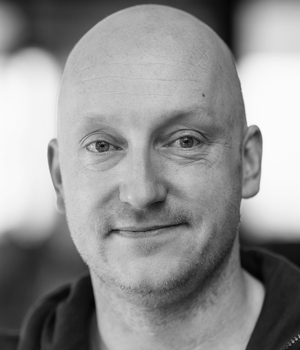 Jeroen Christiaan Bulters went from being a pilot to realizing his dream of having his own company and becoming Managing Partner of Nerd as a Service. Managing partner sounds a bit boring when we talk about Jeroen, don’t you think?

You’re not the only one, and that’s why someone once called him the Chief Executive Nerd while designing his business card — A job title he will never get rid of.

One year after starting his business, we think it is time to get to know our Chief Executive Nerd better and find out where he stands.

Obdam is one of the smaller towns in Holland where Jeroen lives with his wife and three kids and also the town where Nerd as a Service was born.

“It’s a cosy and friendly place to live and a good place to raise kids.”

He may live in a small and quiet town but make no mistake; he’s far from the quiet nerd. When Jeroen is at the office, everybody knows he is. He’s that guy that you will see smiling almost all day.

But why is he so happy all the time? That’s because he does not see his work as work. According to himself he hasn’t worked a day in his life.

“When it begins to feel like work, I will go and do something else”.

“It’s not a problem when you can solve it”_

Solving problems is what Jeroen loves the most besides his kids and his wife. He thinks that people tend to create more problems than they need to. “It’s not a problem when you can solve it, and otherwise you shouldn’t care”, he said. Besides sushi, solving problems is one of the things that motivates Jeroen in life.

Solving a problem is also the reason he started Nerd as a Service. During his work at different organizations, he discovered that technical partners are often not actual partners and that they just sell you “hours of coding”. Combining this problem with his rather opinionated view on software development led him to become the partner he’d rather have himself. So what does he like the most now that he started his business and became that partner?

“My co-workers, being able to do the stuff I actually WANT to do and having/giving the freedom to do these things in the way I/my co-workers think is most appropriate”.

Besides the fact that he likes to sing along with Christmas songs year-round, Jeroen is a very realistic person who appreciates the good things in his life. If we gave him a million euros, he would pay off his house and put the rest of the money in a trust fund for his kids.

Ten years from now, he expects to be in the same place he is now. “Doing stuff I love to do”. But Jeroen, what stuff would you advise me to do at least once in my life?